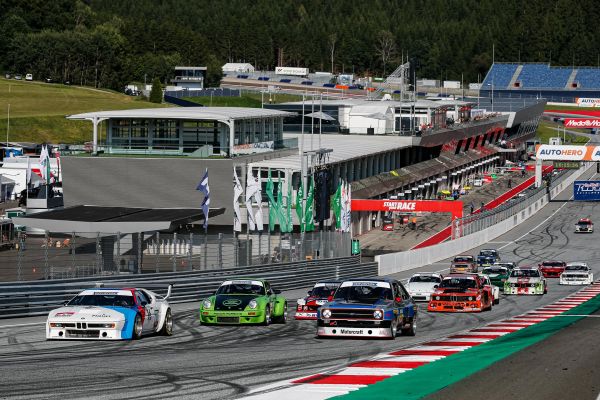 Renaissance of the Deutschen Rennsport-Meisterschaft: the touring cars and GT sports cars from the 1970s are making their comeback at the race track in the newly created DTM Classic DRM Cup. During this weekend’s premiere (17 till 19 June) at the Autodromo Enzo e Dino Ferrari, 24 classic race cars from six brands with 14 different models ensure a considerable bandwidth and an impressive presentation of motorsport history on the DTM platform. 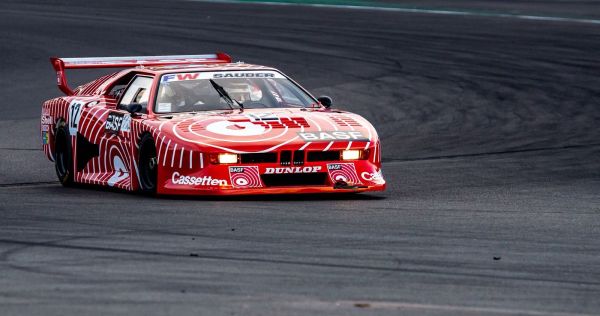 The legendary Ford Zakspeed Capri Turbo and the massive Sauber BMW M1 Group 5 rank among the most impressive representatives of the DRM era that ranged from 1972 until 1981. The brand from Munich, the strongest in the field with eleven cars, is represented with five different vehicle types, next to the unique M1 also the beautiful 3.0 CSL, the classic 2002, the 635 CSi and the earliest 3-series models. 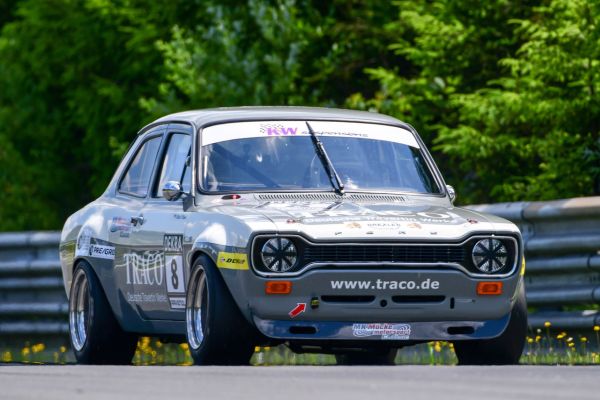 Next to the Capri, an Escort RS 1600 complements the early DRM spell of the Cologne-based manufacturer. Porsche, from Zuffenhausen, made a decisive mark on the DTM’s predecessor series DRM and is present with the classic Carrera RSR 3.0 but also with one of the rare 914/6s.

Especially for the five participants with cars of the Italian Alfa Romeo brand, the event at the Grand Prix track in the Emilia-Romagna region is likely to be an unforgettable experience. Next to three 1750 GT-Ams and a Giulia Sprint GTA, a rare Montreal in Group 4 version is present as well. 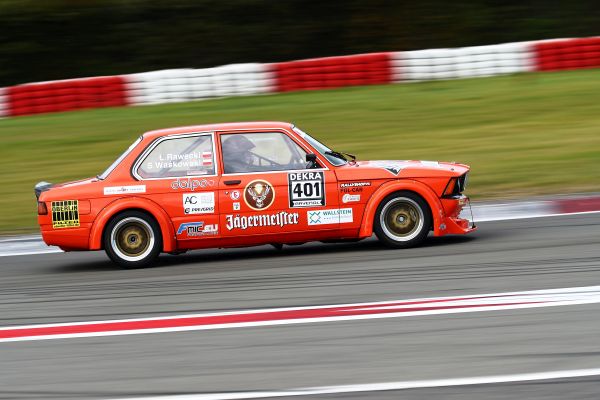 Other rare cars are a De Tomaso Pantera, also prepared to the liberal Group 4 regulations, and an Opel Monza 3.0 in the characteristic Gilden Kölsch livery.

All the drivers, male and female, have a heart for their automotive gems, lovingly taking care of them with considerable effort, but at race tracks like the 4.909 kilometres long Imola circuit, they push them to remarkable lap times. 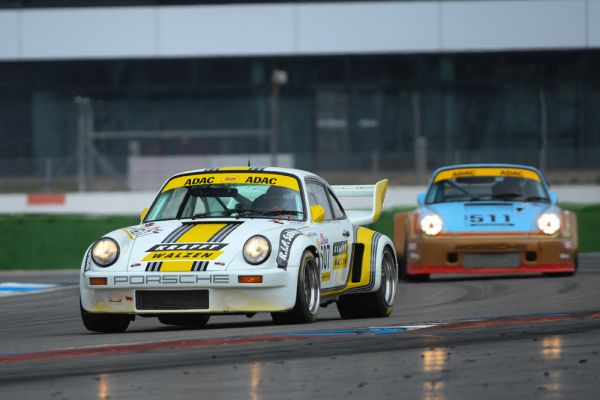 Two former DTM drivers are in the field as well: Otto Rensing, a BMW Junior since 1986 who raced a BMW M3 in the 1991 DTM, is alternating with Michael Hess to drive a Porsche Carrera RSR 3.0 while Stefan Mücke, who raced in DTM with Mercedes-Benz from 2002 till 2008, and popular team principal Peter Mücke are a father-and-son team racing the Zakspeed Capri.

Two brother pairings with Peter and Jürgen Schumann with the BMW 635 CSi and Stephan and Matthias Jocher with the Opel Monza plus Ute and Stefan Schreiber with the Alfa Romeo 1750 GT-Am as the only couple are also part of the illustrious field, just like Adrian van Hooydonk, who, as the head of BMW Group design, is obviously bringing a nice BMW 3.0 CSL Coupé to the track.

The DTM Classic DRM Cup is the first-ever thoroughbred championship for DRM race cars and, after Imola, will be in action at two further long-standing race tracks: Nürburgring from 26 till 28 August and the Red Bull Ring in Styria from 23 till 25 September.

Two qualifying sessions of 20 minutes each (at 9.35am on both days) and two races of 25 minutes plus one lap (at 5.05pm respectively 4.15pm) are held on Saturday and Sunday. Moreover, there are 30 minutes of free practice on Friday already.

All practice sessions and races of the DTM Classic DRM Cup will be aired live at Servus TV On (servusTV.com), Servus TV’s video and streaming platform, and DTM Grid (grid.dtm.com).

SSR Performance travels to Imola for the third DTM weekend


Kelvin van der Linde: You can feel the passion of the ABT family for motorsport


The DTM will be racing at Imola in Emilia-Romagna next weekend (Saturday and Sunday, both races from 1 PM CEST on ProSieben). Kelvin van der Linde will not be travelling by plane to “Bella Italia” this time. The South African, who lives near Kem more >>


Imola premiere also in DTM Trophy: preparation on the simulator is elementary


•    Lausitz double winner Tim Heinemann: “The track will surely provide great race action”•    Theo Oeverhaus: made up 20 positions in total at Lausitzring•    DTM Trophy live on the stream via grid.dtm.com and tape-delayed on Servus TV more >>


Brazilian Fraga looking to build on second place in Race 2 at Portimão opener.
New Zealander Nick Cassidy will launch his 2022 DTM campaign in the first German round at the Lausitzring this weekend as Red Bull AlphaTauri AF Corse teamma more >>


ABT Sportsline – Did you know that …


… ABT team manager Roger Köhler was at the Formula E event in Berlin last weekend to make logistical preparations for ABT Sportsline’s comeback in the electric racing series, and drove straight from there to the Lausitzring?… ABT partner SÜDPACK, more >>


Thomas Biermaier (Team Principal): “After a mixed start at Portimão, we are going to the Lausitzring with confidence. We were very fast there last year. We worked hard after the start of the season to understand why we weren’t at the front at Portimão. We think we know the reason and we want to fight for wins in Lausitz – more >>


ABT DTM engineer Marc Roca: From the racetrack to the road is more than a slogan


Marc Roca (38) is the DTM project manager at ABT Sportsline and the race engineer of Kelvin van der Linde’s ABT Audi R8 LMS GT3 evo II. Ahead of the first DTM race weekend of the year in Germany, at the Lausitzring (both races from 1 PM CEST live on Pro more >>


•    First round in Germany from 20 till 22 May: Lausitzring Turn 1 powered by Autohero•    Experience: pit walk, show stage, autograph sessions, pit view box and much more•    Get involved: Reaction Challenge, esports competition and “Be Eddie” in the Fan Village more >>


Shoot-out at the Red Bull Ring: The winner receives a cockpit in the 2023 DTM Trophy © DTM


Formula 1 two-seater during DTM at Lausitzring


A major name returning to DTM: Schnitzer Classic on the grid with Kris Nissen


It was finally time to start the DTM season for Walkenhorst Motorsport. The team participated with two BMW M4 GT3 – #11 with Marco Wittmann and #10 with Esteban Muth.


The 2022 DTM took off this weekend in Portimão, southern Portugal. With everything to discover about his BMW M4 GT3, his new team Walkenhorst Motorsport and the track, Esteban Muth showed constant progress throughout the weekend. Twice 14th, the Belgian knows that the potential is there to aim for the points at forthcoming meetings. more >>


Team Rosberg had a successful day at the 4.653 kilometers long Autódromo Internacional do Algarve. Nico Müller was already unbeatable during qualifying for the second race of the DTM 2022. At the start, he converted his pole position into the lead and after 33 laps, he crossed the finish line as a happy winner. Dev Gore also had a good qualifying, taking 12th place. more >>


Felipe Fraga claims a podium on his DTM debut in Portimão


Brazilian excels as he begins the season with second place in Race 2.


GRT takes over championship lead in the DTM: Mirko Bortolotti scores another Podium in Portimão


•    Lamborghini factory driver Mirko Bortolotti takes third place as well as the lead in the overall standings in Sunday’s race in Portugal •    Grasser Racing leaves Portugal at the top of the team standings •    Team principal Gottfried Grasser: “It was a fantastic start for us in the DTM. more >>


Successful start into the 2022 DTM for Mercedes AMG Team HRT

The Mercedes-AMG Team HRT has started the 2022 DTM season with a podium finish. Luca Stolz (GER) drove his blue and yellow #4 Mercedes-AMG GT3 of team partner Bilstein to second place overall in the season opening race at Autódromo Internacional do Algarve in Portim&atilde more >>


Solid but not perfect DTM season opener for ABT Sportsline


The start of the new DTM season has confirmed one fact above all: The record grid of 29 GT cars from six different brands has not only quantity to offer but also quality. On the demanding racetrack of Portimão in the south of Portugal, the fastest 24 drivers were covered by a single second on both days in qualifying. Just one tenth of a second made a huge difference. more >>


Disappointing start into the season for Team Rosberg


The 2022 DTM season got off to an extremely unfortunate start for Team Rosberg, with both Audis having to retire early at the 4.653 kilometers long Autódromo Internacional do Algarve near the Portuguese city of Portimão. Swiss N more >>